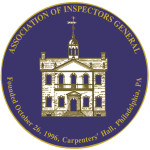 In addition to the Officers and new Board members, the new Executive Committee for 2015 are the following: