Greg joins the AIG after serving as legal counsel to the OIG at Florida Department of Corrections.  He has served as the executive director and deputy executive director at Arizona State University College of Law’s Indian Legal Program and Stetson University College of Law’s National Clearinghouse of Science, Technology and Law, respectively.  As the Chief Assistant Regional Counsel of Florida’s Office of Criminal Conflict and Civil Regional Counsel, First DCA, he oversaw the daily operations of 16 regional offices and more than 130 attorneys and staff with an annual budget of $11 million.  He has previously served as a contract auditor (legal compliance) for the U.S. Department of Justice, Office of Justice Programs auditing forensic science grants.  His 25 years of legal practice has focused on criminal justice, including death penalty litigation in Florida.  In what he describes as his “prior life” Greg served as a City of Tampa police officer for nearly ten years.

Greg earned his Juris Doctorate from SUNY at Buffalo School of Law and his Bachelor of Arts, majoring in Criminology, from Saint Leo University.

As Program Director, Michael is responsible for the Association’s professional development portfolio, including AIG Institute® programs, Annual Training Conference, and webinar programs. Before joining AIG, Michael was a Senior Program Director at Working in Support of Education (W!se). Michael directed W!se’s national financial literacy certification programs for high school students and educators. Previously, Michael was a business fellow at Villanova University’s School of Business, where he taught graduate courses in the Master of Science in Church Management program. Michael has served in multiple capacities as a strategic adviser, trainer, and executive facilitator to Fortune 500 companies, government agencies, and nonprofit organizations.

Michael began his career in Washington, DC as a Presidential Management Fellow at the US Department of Justice. He received a MPA from the Maxwell School of Citizenship and Public Affairs at Syracuse University, a MDiv from the Washington Theological Union, and a BA in education from the University at Albany, SUNY. 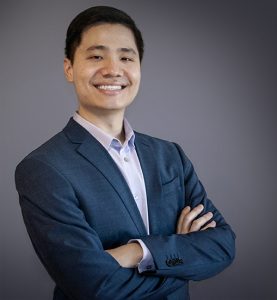 As the Research & Publications Director, Frank is responsible for planning and developing scholarly research and publications for the Association of Inspectors General (AIG). His research interests include discontinued Offices of Inspectors General (OIG), jurisdictions without OIGs, international OIGs, and calculating return on investment of OIGs.

Frank joined the AIG in 2012 and since then earned his MPA and PhD. He now teaches public administration graduate courses on economics, research methods, inspection and oversight, and technology applications. 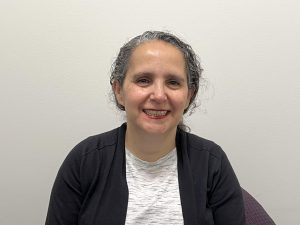 As Membership Liaison, Judith is responsible for all memberships and related inquiries. Judith comes to AIG after serving as the Donor Relations manager at the Jerusalem Institute for the Blind. She has also served as the Administrative Director at the Shakespeare Globe Centre’s New York office. Previously, Judith worked at Mount Sinai Hospital, where she worked in hospital contracting and negotiated contracts for tertiary care services.  Judith started her professional career at UJA-Federation, where she was a grants manager.

Judith has received an MPA from NYU Wagner School of Public Service and a BA in Political Science from Queens College/CUNY.x. 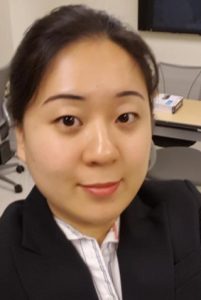 Heidy has completed the Master’s in Public Administration (MPA) Degree Specializing in Inspection and Oversight at John Jay College of Criminal Justice. She has been assisting for many years higher education administrative services in both City and State University of New York (CUNY and SUNY). As the program support specialist, Heidy is responsible for assisting the Program Director with planning, coordinating and overseeing delivery service of Association’s Inspector General Institute programs (AIG). She also provides technical support assistance to the Inspector General Institute programs by assisting with the coordination and facilitation on the delivery of the Association’s web-based training initiatives and other office duties assigned with the program director.

END_OF_DOCUMENT_TOKEN_TO_BE_REPLACED

Seats are filling up fast for our 2022 Annual Conference: “Making an Impact!”